A Cautionary Tale for Would Be Acquirers 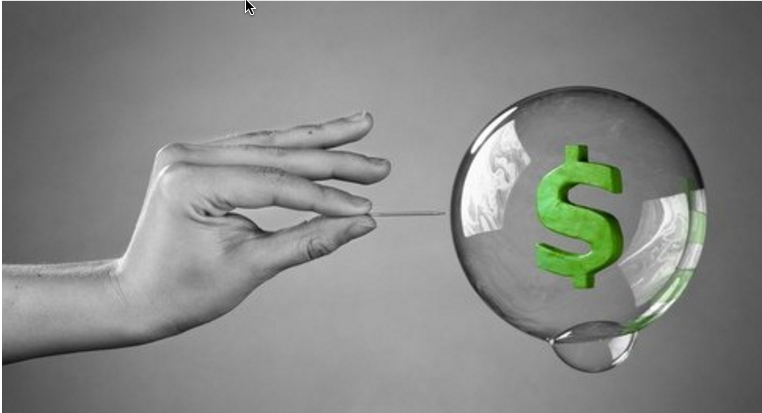 This is a cautionary tale for companies on the acquisition trail. As a tactic to achieve your strategic objectives, acquisitions are a powerful tool. Of course executed poorly, and it can result in disaster. In the case of SDL, a former player in the customer experience management (CXM) space, it cost CEO Mark Lancaster his job. Another 300 employees will lose theirs in collateral damage as SDL rolls back their strategy and divests the acquisitions they made. This was a train wreck six years in the making.

First, let me apologize to SDL’s leadership for using them as an example. Running a company is not easy. I’ll also note that the only reason I have this insight is that CMSWire staff reporter Dom Nicastro wrote a great article based on an interview with SDL executive chairman David Clayton. Mr. Clayton provides an honest postmortem on SDL’s strategy. Admitting to mistakes is never easy. It certainly doesn’t happen nearly enough in business.

So to put SDL’s situation into context let me provide some background. The story starts about six years ago. At that time SDL was a leader in language translating services and technology used by global websites to translate content for each market. SDL felt they were losing too many deals to Adobe and Sitecore, the 800 pound gorillas in the broader CXM space. Specifically, they felt they weren’t competitive because they didn’t have a full suite of CXM offerings; which, in addition to the language translation, also includes content management, social intelligence, campaign management, and e-commerce optimization.

Their strategy was simple enough, to better compete head to head against Sitecore and Adobe meant expanding their offerings to include an entire suite of CXM tools gathered through acquisition. Now hold that thought for a moment. Growth is the goal of nearly all strategic plans, for established companies. Inherent in SDL’s plan to be more competitive was the goal to grow by winning more deals. The unfortunate thing about growth as an objective, is that it’s a terrible reason to do anything. Growth, on it’s own, is commercially meaningless. The important consideration is the profitability and the sustainability of that growth. It should make the business stronger.

At The Portfolio Partnership we differentiate between scaling and merely growing. Scaling is growing with CAPS – Control, Alignment, Predictability and Safety. So getting back to the story, the job of SDL’s leadership was to make sure that if they did become a full CXM suite provider that it would in fact accelerate growth from their current level; that they would do so with comparatively superior profitability to their rivals; and that it would be done under CAPS.

SDL completed their acquisitions to become a full suite provider. However, none of the hoped for gains materialized. Just the opposite, their original core language services and technology division continued to do well, sustaining the entire company while their full suite offerings tanked in the market. After lots of missed promises, stakeholders finally ran out of patience and Mark Lancaster stepped down in October of 2015.

I didn’t do a deep financial analysis of their recently released annual report, but suffice to say SDL had over $13 million in pre-tax profit in 2014, but had losses of over $35 million in 2015. As part of their restructuring the board has decided to divest the acquisitions that were at the core of the full suite offerings. 300 employees will lose their job in this restructuring. It will be some time before they shake off this one.

Why did it happen?

The problem, as pointed out by Mr. Clayton, was that the boat for full suite enterprise deals of CXM solutions had sailed. No one was buying. To do so would mean ripping and replacing what these companies already have and there was no appetite for that. Think about it, six years ago every major company out there already had an online presence supported by significant investments made in their online platforms. Yes, companies still pull the plug on legacy online systems that don’t meet their needs, but the big adoption phase had already happened. What the majority of customers require are complimentary point solutions that coexist with their installed platforms.

How should it have been handled?

I can only surmise, but it certainly looks like a critical step was missed during the strategic planning phase. In the case of acquisitions (compared with organic led growth), the output of that phase should always be an Acquisition Profile. However that profile has to be believable. Was their evidence that existing customers were crying out for SDL to offer a whole range of new products? Acquisitions are only a tactic, not a strategy in of themselves. Did post acquisition integration puncture the strategic debate? What was missed in documenting the assumptions going into the strategy debate? From there you need to ask questions to validate or invalidate assumptions. Are Adobe and Sitecore rivals that needed to be taken on? It would appear SDL believed they were exposed.

They also believed that deals that were lost to the big boys with their comprehensive end to end offerings, ensured SDL were locked out of those accounts for years. Not true. Even though Adobe and Sitecore had competitive language translation services and technologies, customers where still point shopping for translating solutions. A space where SDL leads and wins. Better analysis would have also shown the growth prospects in the full suit CXM market didn’t support investment there either. A point confirmed by Mr. Clayton, in post mortem, by speaking with SDL customers. Exactly the kind of assumption validation effort that should have been done during strategy formulation.

Acquisitions can fail for many reasons and one of the simplest is to buy the wrong targets on the back of a flawed strategy.

What thoughtful analysis should have revealed was the growth opportunity lay in scaling in the space they were already leaders in. SDL has a winning ticket with their language technologies. Those technologies are needed as companies grow and enter foreign markets, regardless if these companies already invested in a CXM platform. SDL was swimming in a profitable, blue ocean and because of a failed strategy they spent a lot of money to jump into the weaker, shark infested red ocean and paid the price.

That was a costly mistake in more ways than one and underscores why strategy formulation is so critical to acquisition success.

As a recent EY study on corporate development shows, smart companies are trying to bridge the gap between corporate strategy and corporate development. SDL’s problems clearly show that (to be fair with hindsight) a more rigorous strategic analysis would have produced far different target profiles and potentially far better outcomes. The key is to spend quality time, rigorously fine tuning and validating your strategy, because scaling by acquisition is an expensive way to fail both in terms of people and cash.