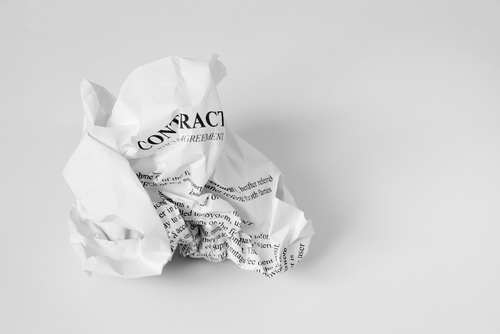 At some point in your career, you may encounter the VC or PE world. You might: sell a non-core subsidiary to them, use their funds to start a company, use their money to buy a company, buy out your partners, or even take a company private from the public markets. Whatever the transaction, the VC and PE pricing model seldom varies.

The VC needs to value the business before their money goes in and also on exit. Depending on their perceived risk, they will be shooting for an internal rate of return (IRR) of 50%, or, in plain English, they expect their money to produce a compound annualized rate of return of vast proportions. Many of their deals will not work out, so they need to aim high. In the tables, below I have summarized a fictitious example based on many deals completed. This example tells the story of a management team who raised $5m from a VC.

We are assuming a valuation of the business of $7m before any money is invested. We arrive at $7m on a sales basis of 2.33 times 2011 sales or 9.3 times post tax profits. $5m being raised is assumed to be invested in almost all preference shares with a dividend payable of $500,000 per year. Exit valuation in year 5 is assumed at 2.7 sales and a PE, or post-tax profits, multiple of 15. The VC obtains a 42% equity stake and realizes around $31m on exit. Based on these assumptions, the IRR table calculates that the VC would achieve an IRR % of 50. At this discount rate, the net present value or NPV of all discounted cash flows of the VC, both out and in, add up to zero.

Of course, in practice, all of these conditions are negotiable. In reality an exit may make sense in 7 years or even more. Hopefully the numbers help show the math behind all VC deals. No matter how complicated the financial instruments, the basic numbers will follow the rules set out in these tables. These returns are ultra sensitive to timing, e.g. for the VC investor to get the same 50% IRR after 10 years, the business would need to worth $572m instead of $75m!

Although in this example the VC has a minority stake after their investment, in practice even if they had a majority stake, the key fact is that they are investing in the management team. Even if they had a majority stake, they do not have the expertise or desire to run your business. Entrepreneurs get hung up on equity stakes instead of creating a remarkable business with a world-class financial partner and, in this case, $5m

Makes sense? Thoughts? Hope it helps as you negotiate those term sheets.

How to Raise Venture Capital

Please join the conversation and throw some thoughts down below in the big white comments box!