The One Thing – My Take on the WSJ Best Seller 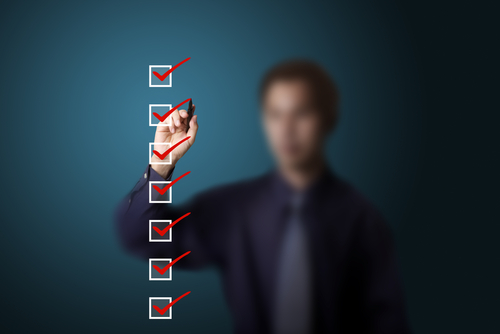 The One Thing by Gary Keller with Jay Papasan was first published in 2013 and is on its 11th print run. It stimulated a powerful set of thoughts I’ve been blogging about for a while. Simplicity. The book’s thesis is amazingly simple! No matter how many to-dos you start with, you can always narrow it to one. Really, that got my attention. The concept of driving your business life by focusing on one thing was a very attractive idea.

As the authors put it – it’s an extreme version of the Pareto Principle at work. I’ve cited this concept many times in my blogs, describing the distribution of US private companies, or where the stock market value exists, or the distribution of popular ice cream flavors. The 80:20 rule as its known. 20% of companies on the stock market make up 80% of its value. Or in the case of Nasdaq, 34% of the entire market value sits within five companies, Facebook, Apple, Amazon, Netflix and Google with 3.4 trillion dollars out of 10 trillion dollars(FAANG).  In the private company world, it’s even more extreme.  For example, out of 28 million enterprises, only around 105,000 companies employ 100 employees or more. Finally, the most popular ice cream, vanilla with 29% market share dwarfs the next nearest chocolate at 9%. See my post about being #1 here.

So can one item really dominate your to-do list? I believe in general we think too small. We need to be realistic and grounded in reality but going big is the game changer. As Seth Godin puts it so well. You are either remarkable or invisible. Nothing in between. We do seem to be in an era where the “winner takes all” is playing out.

I like this quote in the book which made me pause: “We are kept from our goal, not by obstacles but by a clear path to a lesser goal” Robert Brault.

There is no doubt in my mind that focus brings success. You can’t be great at everything.

Paul O’Neill was appointed CEO of Alcoa in 1987 to turnaround the troubled aluminum giant which had a market capitalization of $3 billion and falling. By the time he retired in 2000, the market capitalization had grown to $27 billion. In his first, keenly awaited speech in a ballroom in New York, in 1987, he stated one simple objective that would energize and focus his management and staff for years to come – the company would transform one thing above all else – safety. By focusing on a subject no one could disagree with (the track record on fatalities in the workplace was not good), by focusing on one specific agenda item, he was able to drive a change in mindset, a transformation in efficiency, a complete turnaround in profits and a safety record admired around the globe.

Google’s simplistic approach to their home page, Belichick’s record in the NFL with a near-manic focus on winning, successful turnarounds and the focus on cash, are all examples of choosing one big goal to drive extraordinary results.

I don’t believe we can focus on one to-do item but I do believe we can simplify our goals to one major impactful goal that will move your department, your company, your enterprise and make a massive difference to your success. The secret I believe is to embrace curation. Curation of your huge to-do lists. Choose a game-changing priority and prioritize the stuff that supports achieving that one big audacious goal. You will have to action things that don’t sit under this big goal. That’s fine. But the lesser stuff needs to placed in parts of the day and week that doesn’t get your respect or top A time.

Here are examples of big audacious goals we achieved for clients in the last 10 years. We did other things but our energy was directed to the big stuff and it showed.

Focusing myopically on one major goal (perhaps two or three at the most) that can transform the success of your company is key to a leadership team’s success. But just as important as deciding what goals are worth pursuing is to align your employees’ efforts with those goals. Otherwise, people get busy on the wrong stuff.

Start a conversation with Ian  – Ian@TPPBoston.com